To maintain my sanity, rather than get into a pointless argument, I’m having to just laugh wryly at the randoms who like to say: “Stop making everything about politics….” (whilst also noting that they’re usually the same people who say: “Stop making everything about race…” …). So it was refreshing to be privy to a grown up conversation this evening, as I watched the absolutely marvellous journalist, Emily Maitlis in action on BBC Newsnight, brilliantly taking the Tory Minister for Business and Industry, Nadhim Zahawi, to task over the government’s lack of timely and effective action around the coronavirus and its blatant Trump-esque strategy of misleading the public over everything from the amount of testing and protective equipment available for NHS staff, to the number of ventilators being produced and when they will be ready to use.

The clip below (at the very bottom of this page) gives just a little taster of her holding his feet to the fire, after he’d first tried desperately to continue the misinformation (i.e. lies….) and then tried to simply dodge the questions. Emily most certainly wasn’t there for that. 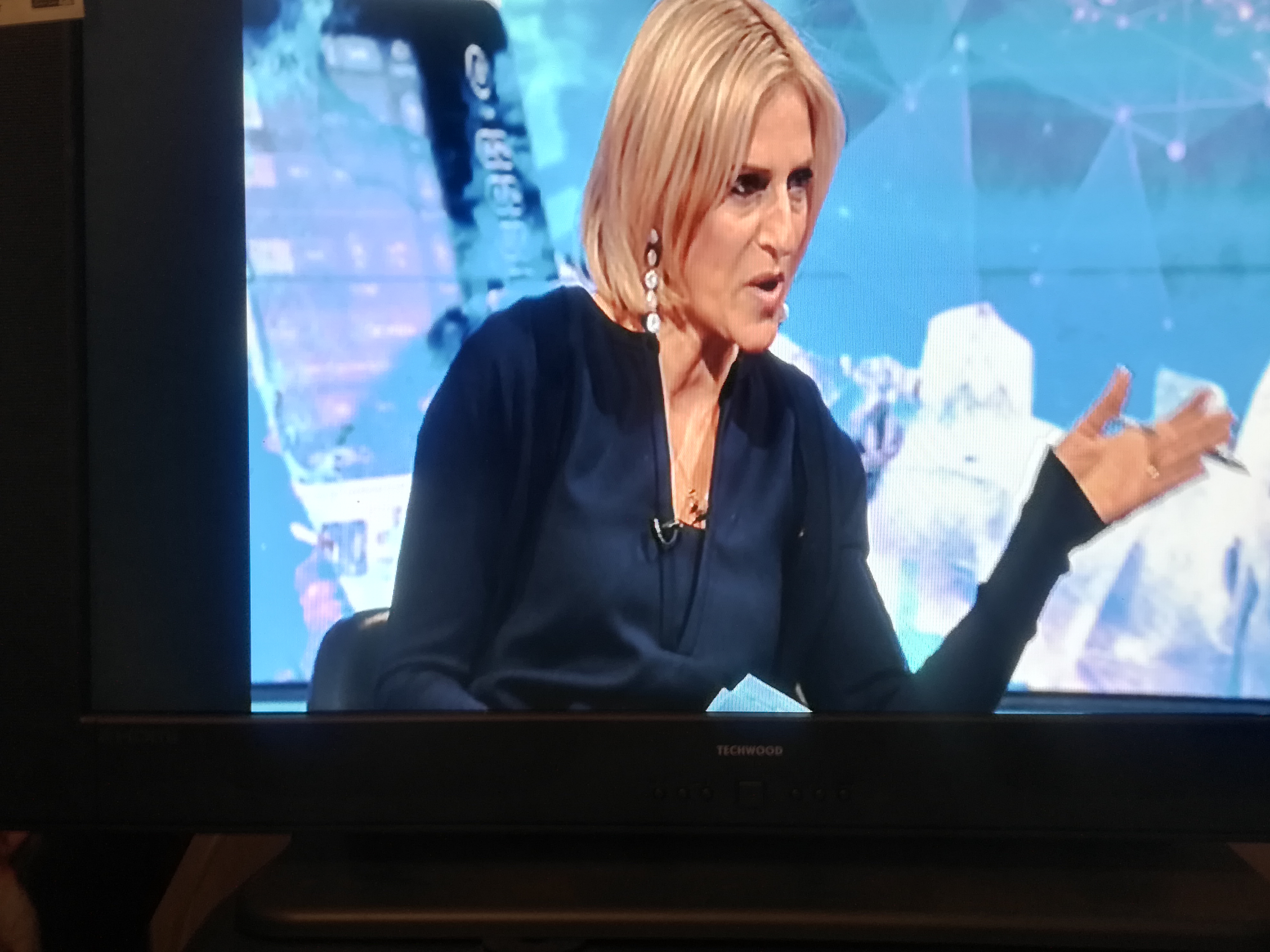 Politics is everywhere. The whole reason we vote is to try to secure a government and leader that we believe will do the best for our country and/or ourselves (depending on the kind of person you are…). And as I said in response to someone the other day, we can only be eternally grateful that this global health crisis didn’t occur a couple of years later, after the Tories had gone even further with their systematic dismantling of the NHS, towards the full privatisation of the NHS that they’ve been stealthy working towards, or we’d be in even bigger dire straits than we are right now. The Tory’s significant disinvestment in the NHS (to grind it into the ground and make it easier to sell off ‘failing’ elements in chunks…) combined with the appalling treatment of staff – encapsulated by the video doing the rounds, which shows Tory MPs cheering in Parliament, after they’d blocked Jeremy Corbyn’s bid to give nurses a proper pay rise – as well as uncertainties over Brexit and the government’s unashamedly hostile environment towards immigrants, has contributed to us losing more than 200,000 nurses over the last ten years under the Conservatives, as well as loosing between 15,000 and 17,000 hospital beds (depending on how you read the figures…). So how ironic/sad that we now need an emergency recruitment drive to bring back NHS staff who have left or retired, as well as a call for the public to volunteer. Yes, we most surely would have needed additional resources to deal with a crisis this severe. However, with a healthier NHS, we would have been starting from a much, much stronger position. So….

* It is political: Only a few weeks ago, the Tory government was downplaying the value of many migrant workers when drawing up their Brexit guidelines, classing them as unskilled and, by implication, totally superfluous and without real valuable. Yet, these are the very same workers the country is now reliant on during this time – people working in social care, in supermarkets, as cleaners, and many more jobs that are too easily dismissed and looked down on, but the country would grind to a halt without.  How we treat them, all the time, not just at times of crisis, is definitely political.

* It is political: If we’d had better political leadership, self-isolating and the real, definitive closure of non-essential businesses and public spaces would’ve been made mandatory many weeks ago, instead of putting the onus on business owners to make that decision. I don’t need to be an ‘expert’, as someone implied, to know that it’s ridiculous for the government to seriously suggest that construction workers can self-isolate on building site (for the record, I did actually used to do PR for a major construction company, so I’ve been on many building sites in my time. But anyone with eyes and a tad of common sense can see and understand how closely construction workers need to be to each other, simply to get their job done.) We (me included) are all quick to jump to outraged conclusions when we see people still commuting into work every day – but the reality is that a significant number of people work at non-key companies but have management that is still insisting they go in.  That our government hasn’t put a stop to that – when they know that China had to order a COMPLETE shutdown of EVERYTHING, in order to contain the virus and limit the number of deaths as best they could – is political.

* It is political: It’s been estimated that we will need 25,000 ventilators to deal with this pandemic at its peak. Last month, we had 5,000 and the government said that it was speaking to manufactures to source the rest quickly. However, since then, it’s only increased to 8,000. On Newsnight, the MD of MEC Medical – an existing supplier of parts for ventilators – said that he got no response when he contacted the government weeks ago. Other existing suppliers have said the same on twitter. Their point is that – as they already have the specs and templates to make the parts for the ventilator, it would have been substantially quicker for the government to support them significantly increasing their existing productions.  Additionally, Britain – for some bizarre reason – refused to join a Europe-wide ventilator procurement scheme (WTF!!!). Instead, the government wasted time and money enrolling well-known Brexiteer Dyson to build ventilators from scratch, which required a period of R&D on Dyson’s part before they could even get started,  Secondary, and weeks later, seems to have come the setting up of a manufacturing consortium which now includes the existing suppliers.  However, this really doesn’t seem to been the exercise in ‘urgency’ that it clearly needed to be.

* It is political, all of the world:  For example, in the US, Trump purposely delayed the start of Covid19 testing because he wanted to keep the number of confirmed cases low, so that it didn’t impact his election campaign. And a few days ago, a man in America died after taking a drug that Trump touted as stopping Covid19 (a drug that is actually used to clean fishtanks).

It matters who our political leaders are.

I’ll leave with a summary of Emily Maitlis’ comments to Nadhim Zahawi, that are shown in the clip below. But the entire interview (Newsnight, Wednesday 25th March 2020), is worth seeking out:

“Boris Johnson told us eight days ago that it would be ramping up to 25,000 tests a day… It’s inconceivable that your front-line staff, the people protecting us and putting their lives at risk, are not getting tested for the virus. How can that still be happening?…

“…NHS staff, as you heard, are using bin bags as aprons, using classroom goggles from their kids’ schools, setting up charities to get the public to help because they haven’t got protective uniforms. Aren’t you ashamed of that?