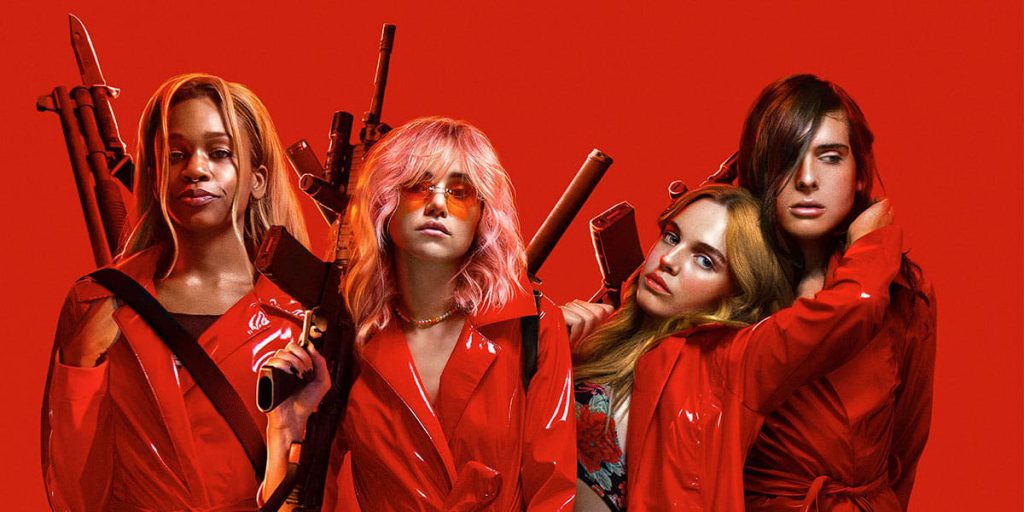 WTF did I just witness?!

I walked out of Assassination Nation buzzing from this arse-kicking movie that turns the much-retold tale of the oppressed women persecuted in the Salem Witch Trials firmly on its head.

It kicks off with an extensive, frenetic trigger-warning, advising that the film – set around the lives of four American high school girls – contains pretty much everything that could freak out the squeamish or easily-offended. Essentially, strap yourselves in, viewers. Beverley Hills 90210, this most definitely is not!

To really nail the point, Lily’s voice-over tells us that this is the story of how her home town of Salem “lost its mother-fucking mind!”

And what an understatement that turns out to be.

Lily, Bex, Sarah, and Em – brilliantly acted by Odessa Young, Hari Nef, Suki Waterhouse and Abra – are four ultra-modern, attractive and popular adolescent BFFs who do the usual things that ultra-modern, attractive and popular adolescent BFFs do: Hang out at each other’s houses, hang out at school, talk about boys and boyfriends – “Guys who don’t eat pussy in this day and age are borderline psychopaths” – go to house parties, take recreational drugs with their mates and send illicit sex-texts.

But when someone starts hacking the mobile phones and computers of prominent people in the town, releasing all of their messages, images and internet searches and revealing all sorts of secrets, things get pretty damn crazy, pretty damn quickly. 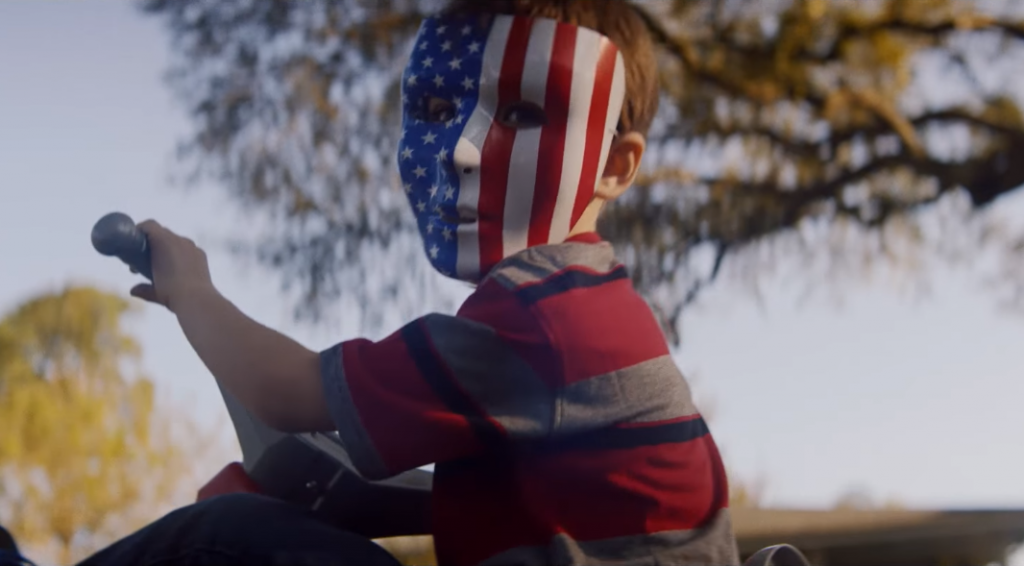 Wonderful writing and direction by Sam Levinson are complemented by brilliant cinematography by Marcell Rév and editing by Ron Patane, using multiple split screens, camera techniques and points-of-view. This smart, fast-paced, innovative movie is about so much more than just some hot girls in short skirts, titillating viewers. Despite what the guy squirming next to me in the cinema might have initially thought during earlier scenes, any misconceptions of that kind were well and truly dashed by the end of the film.

This is a mirror-holding look at a judgemental society, seen through a very modern lens. The fear, suspicion and moral-outrage caused by the hacks, bring with them anger, mob-rule and the usually-unthinkable. A chilling reflection of current times, some might say.

Assassination Nation examines sexuality, misogyny, homophobia, transphobia, moral standards, the right-to-bear-arms, hypocrisy and day-to-day bigotry – and all in a blaze of glory. And despite being a totally in-your-face movie, it also manages to have some really great moments of subtlety, including the way it first introduces transgender issues.

OK, it’s not perfect. There were a few clichéd moments, but I absolutely loved this movie (and perhaps even more so for its occasional cliché). Full of sass, wit, some great twists and enough jumps to make you lose all of your popcorn, it’s an empowering tale of sisterhood that will have your heart racing, your mind blown and every ounce of your body cheering.

I walked out of the cinema, looking for somewhere to buy a red trench coat. 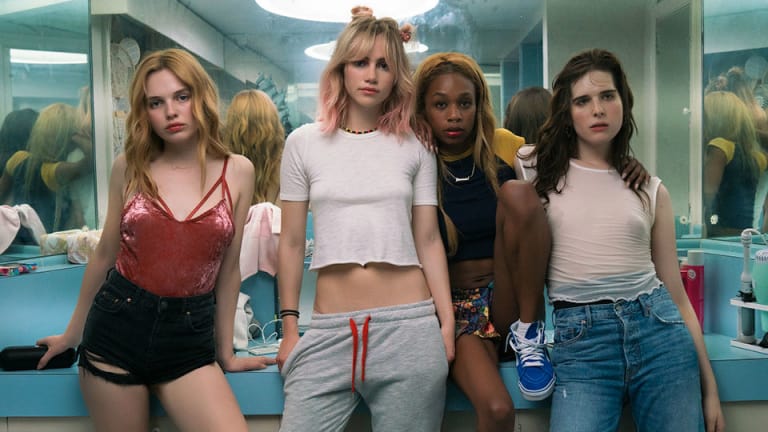